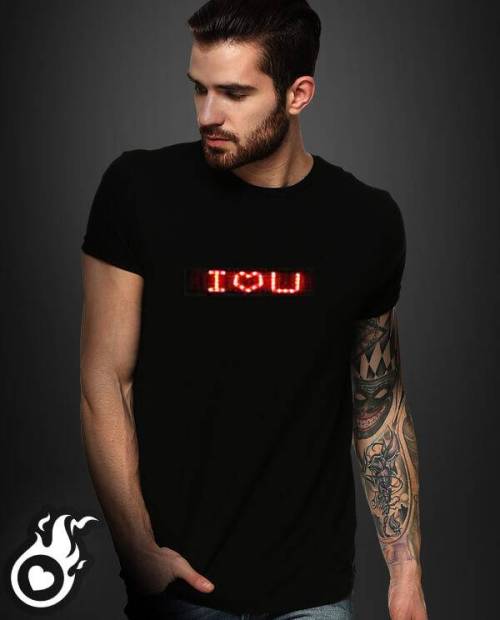 The message t-shirt is ideal for business or even for going out lovers, because it helps to stand out and at the same time to mark the spirits. This Programmable LED t-shirt is basically a good alternative to interactive LED t-shirts, which react to sound. Several renowned companies have already gone through Heartjacking for their Programmable LED T-Shirt: Fun Radio (see video above), Sony (see additional photo), Orange, Champagne Moêt & Chandon, Peugeot.. It should also be noted that this is the same LED system that was used to create the helmet of one of the members of Daft Punk!

We have been working for more than 10 years with designers specializing in the field of LEDs in order to provide you with a programmable LED t-shirt of superior quality, while retaining its original and customizable side. The message t-shirt has an inlaid luminescent band, where texts are displayed. The diodes are almost unbreakable and have a luminescence that can be seen even in broad daylight! The LED message t-shirt comes with its batteries and has an autonomy of 20-25 hours. Finally, this t-shirt can be cleaned in the washing machine, like any other t-shirt, thanks to its easily detachable LED badge.

Create your personalized message on the Programmable LED Tee Shirt

Programming the message t-shirt programmable is very simple, like writing an SMS! Small buttons are present on the back of the LED screen. Convey the ideas you want with this light-up t-shirt with programmable messages, for example with special characters, emoticons and other emojis: empty hearts, suns, stars... Select the speed and the luminescence : 8 sentences of 512 characters can be recorded. An instruction manual in French will also be sent to you when you order.

I am fascinated by the design, and I do not speak of the quality

I am fascinated by the design, and I do not speak of the quality of the T-shirt which is lit! 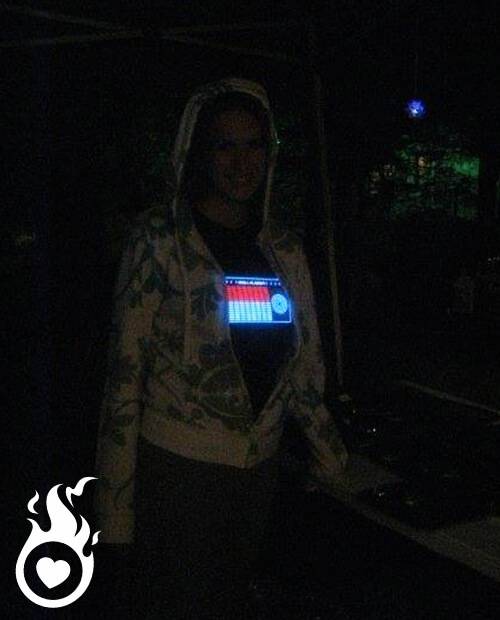 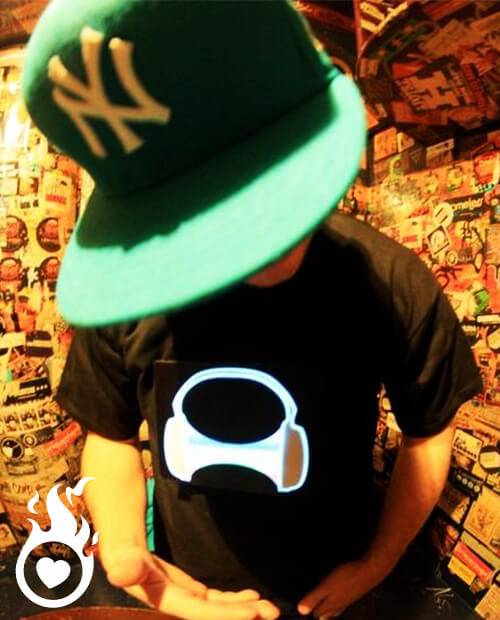 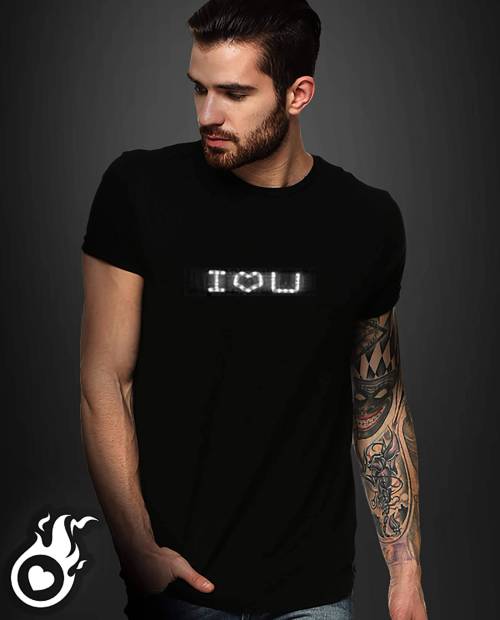 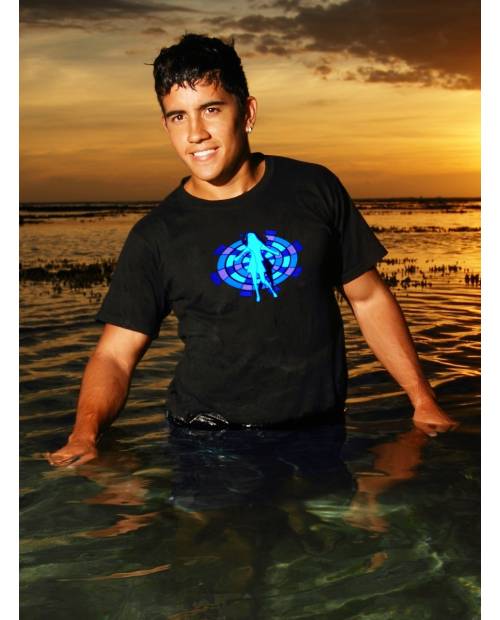 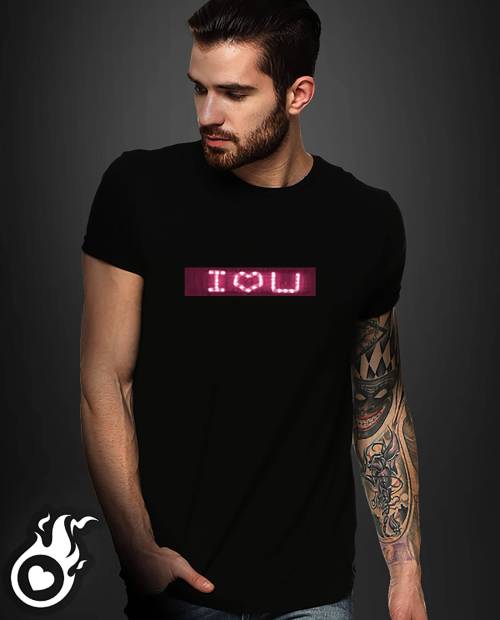 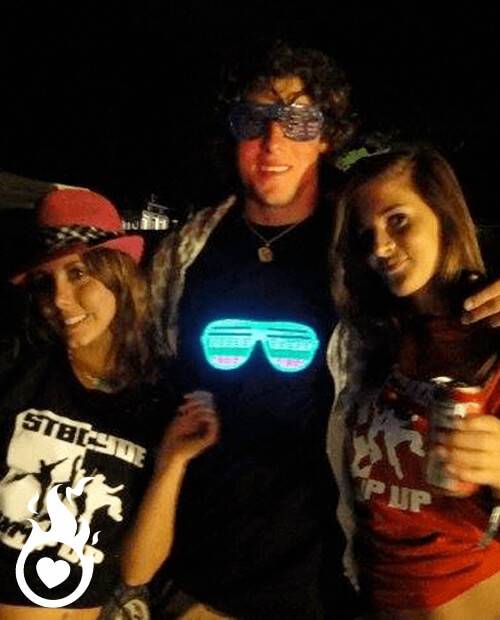 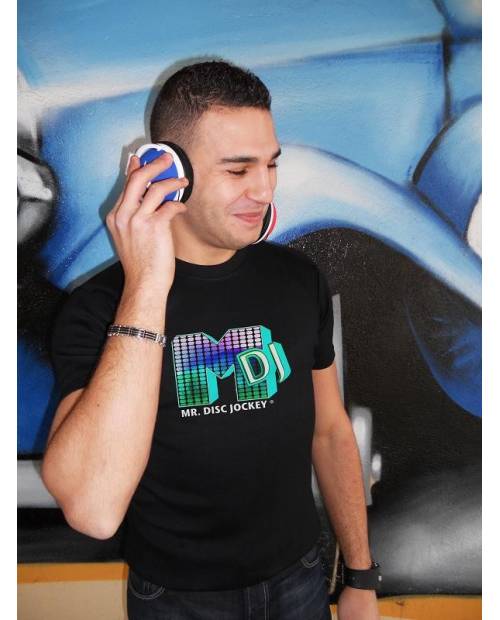 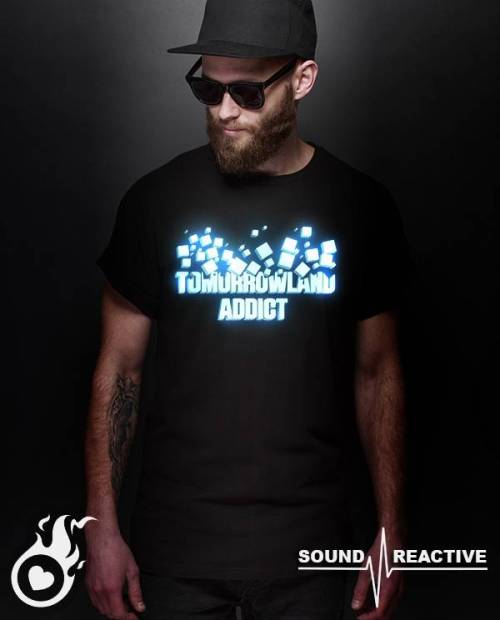 26 other products in the same category: